In Skellefteå, it’s always been a well-known fact that the soil of Kusmark is ideal for growing top-notch potatoes. The village’s proximity to the municipal seat, combined with its particularly enterprising residents, has also created an unusually fertile business environment for small business owners. But Kusmark’s most successful export must still be attributed to the Lindholm and Arvidsson families.

Over the years there have surely been many potato growers who would have rather seen the village’s gilded church weathercock out in their fields, rather than the protected crane that gobbles up the harvest. The farmers have come up with all manner of ingenious solutions to scare off the big birds, but so far the cranes have not dared to invade Bäckänget in Kusmark.

“We’ve done well over the years, knock on wood. They seem to prefer to stay down there on the plains,” says farmer Ola Björkman. He and his son Simon have just returned from their daily drive to Skellefteå with the potato truck, where they dropped off their wares at grocery stores and restaurants that have long been steady customers. 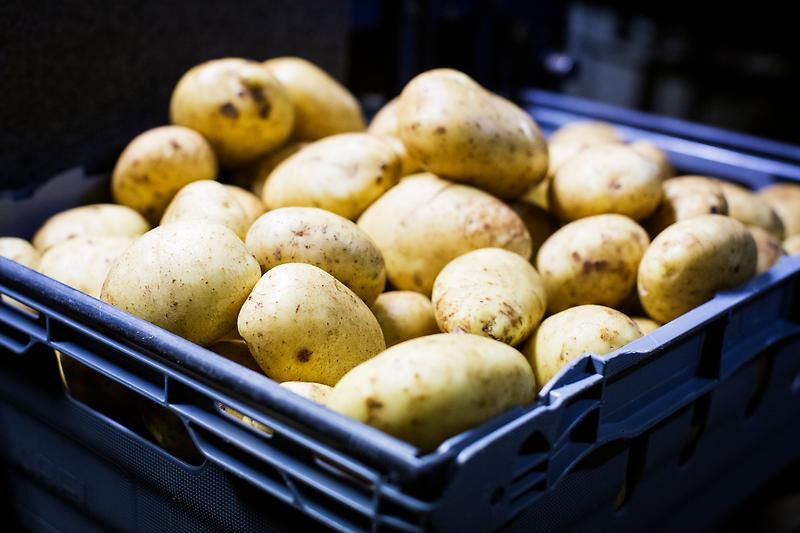 “I must say that many people in Skellefteå are very good about using local produce and specifying it in their menus. Both the shops and restaurants take pride in offering products that were grown around the corner here in Kusmark, and of course we think that’s great,” says Ola.
Since the New Year, Simon has switched his professional course and moved from carpentry to potato growing, and now he’s getting schooled in the family business. It’s certainly quite the education.

“Many people don’t think about the fact that we’re also farmers. What we do is actually six professions in one – we’re farmers when we grow our crops, we have to repair our vehicles, we work with transport, we sell products, we handle various kinds of construction on the farm, and we’re active in forestry. It's more complex than you’d think,” says Ola. He and his wife Maud took over the farm from his in-laws back in 1987.

As a family business, everyone has to do their part from time to time throughout the year. Maud, for example, has always taken a leave of absence from her bank job in September, when the potatoes have to be dug up. Simon and his older brother Emil have also had to chip in, but now Simon is taking on a bigger role. He plans to move home to one of the farmhouses from his apartment in Skellefteå. 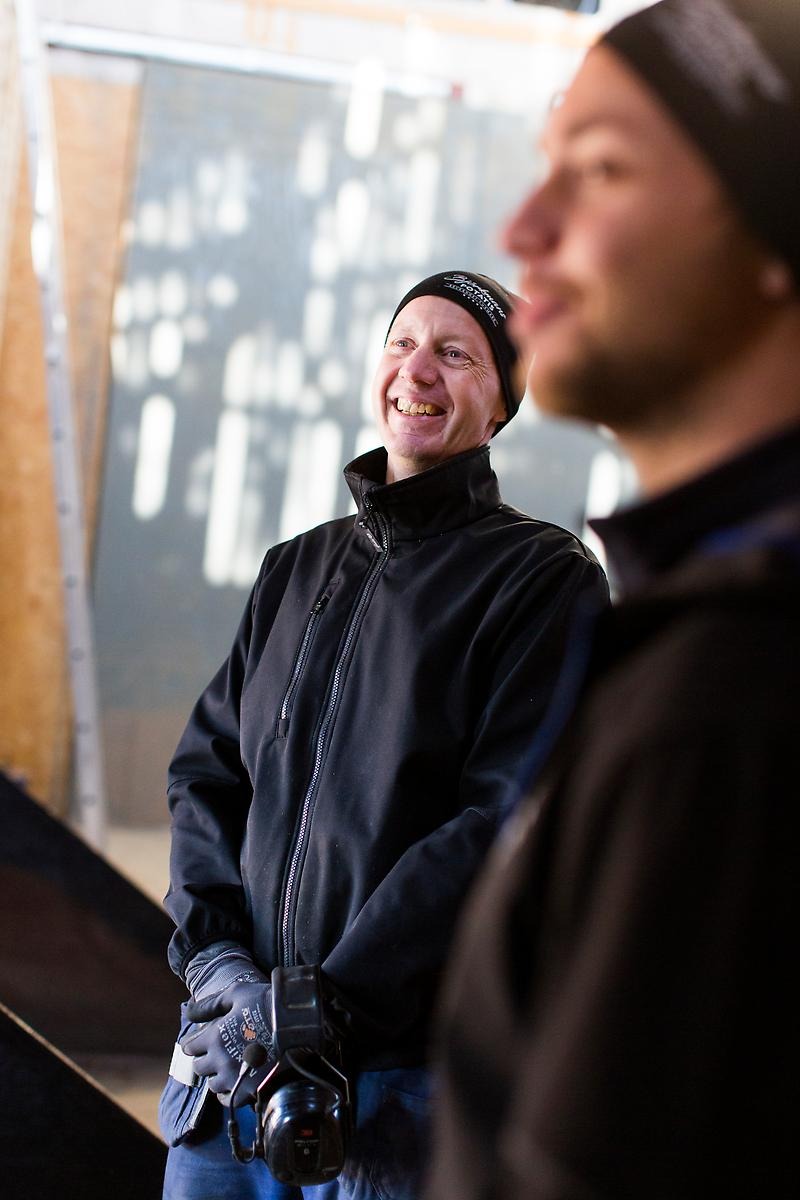 “It’s so much fun. I’ve really loved working side by side with my dad, and soon I’ll have been following along for a whole cycle of the year. It’s just a bit hard to keep up with him when he’s running between the properties here on the farm... But I’ve learned a lot more about potatoes, what ‘ways’ to do stuff, and all the steps you have to take. It’s quite complex,” says Simon.
Ola might have failed to mention to his son that the job also demands a psyche of steel. As we all know, growers are at the mercy of the wind and weather, and as a major producer of potatoes, there are challenges.

“In this profession, the weather is truly a source of psychological terror. If you’ve invested about SEK 200,000 in manure and seeds in the spring and don’t know what will come up in the autumn, there are a number of months where anything can go wrong. The pressure to perform as well as possible will always be there,” Ola says.

We make our way down from the forests of Bäckänget via Drängsmarksvägen to the central parts of the village, where the agricultural landscape opens up even more. Here a row of small businesses work with everything from special machine manufacturing to balconies and rubber production. From Jörnsvägen we turn into the drive of a Kusmark institution
– Nordlunds Motor. The courtyard is crowded with motorhomes and trailers. Jonny Nordlund is a native of Kusmark and has lived in several houses in the village. His wife Lotta runs a hair salon across the street. 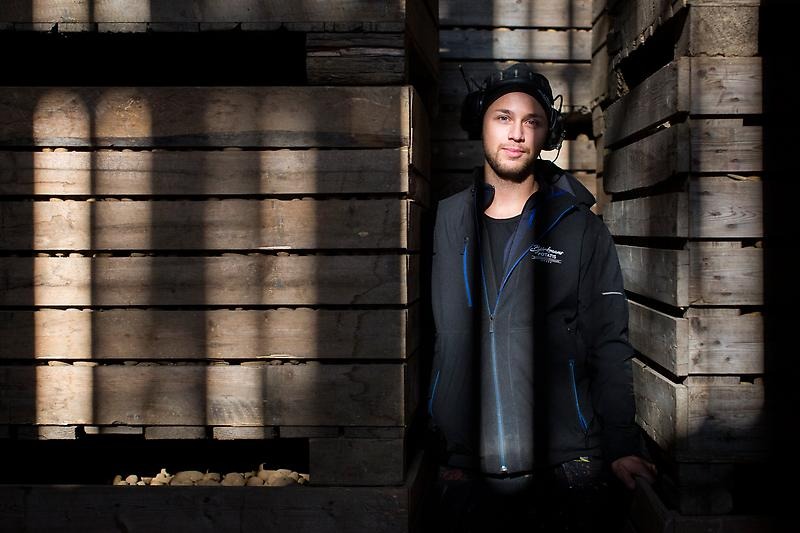 “Kusmark has always been a lively village. It’s nice here and the villagers take care of each other. We haven’t had the urge to get an apartment in the city like many other folks our age. Instead, we went against the tide and renovated our house. I want the freedom that comes with living in the countryside but close to the city. Now the village is seeing something of a generational shift. A house for sale in Kusmark won’t be on the market for long, and that’s neat to see,” says Jonny.

Like many locals of his generation, Jonny actually went to high school in Kusmark. He followed a practical education program focused on repair work, forging and welding.

“It created many of the small businesses here in the village; it was the best schooling you could get. We were trained to be problem-solvers and creators, which was incredibly useful.”
Since 1987 Jonny has run a sales business in Kusmark. He considers it an advantage to be based someplace other than an industrial site in Skellefteå:

“We’ve found our niche and it fits us perfectly. If you’re interested in a trailer or motorhome, it’s no big deal to drive 20 km. People come to us. If I sell a motorhome to someone from Stockholm online and then we pick it up at the airport and the buyer drives down from Gällivare, it’s just an address - our location doesn’t matter in that case, either. And besides, we’re also closer to customers from Piteå.

Opposite Nordlunds Motor, the yard outside Kusmark School is bustling with activity. The K-5 school has a charming hockey rink, which in summer serves as a football pitch. Its weathered wooden planks have served the village children well over the years.

“I remember when Pär started skating. I made the mistake of acting as a goalie in normal clothes, thinking I wouldn’t get hurt. But my shins quickly regretted that. The puck was hard even when a seven-year-old was shooting it,” says mom Maja Lindholm, laughing at the memory.

Maja drove the kids to the rink

When Maja’s four children were growing up, the family ran a farm in Kusmark. As the mom, she ended up being the one to drive the kids to and from the rink while their dad Per-Olof worked on the farm. 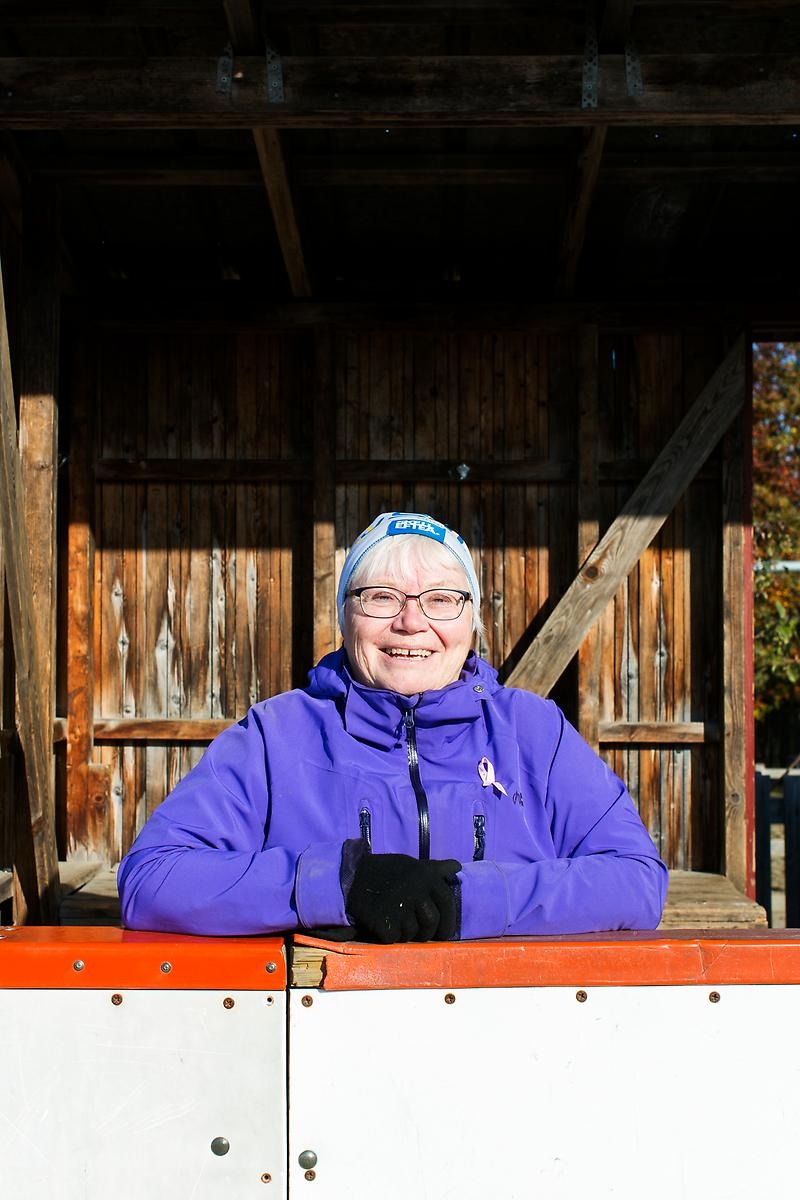 “Neither I nor P-O have a sports background, so there a lot of it was new to us. I probably accidentally put on their elbow pads upside down a couple of times, but Pär thought it was so fun to play. In hindsight, we’re so grateful to all the friends and parents who drove our kids when we were busy on the farm. That’s just how things worked in Kusmark and the neighboring villages - you helped each other out,” says Maja.

Via Ersmark, Kågedalen and Skellefteå AIK, Pär Lindholm and village boy Viktor Arvidsson have made it all the way to the world’s best hockey league, where they now play for top teams - Pär for the Boston Bruins and Viktor for the Nashville Predators. Quite the feat for little Kusmark, which has just over 400 inhabitants. The phenomenon has attracted the attention of a number of North American media outlets.

Today, Maja and P-O are loyal hockey fans and stay up at night to follow Pär’s progress on TV.
“I think about how incredible it is that he and Viktor are playing over there. At the same time, we have to be humble and enjoy the moment,” says Maja.

The church weathercock (which was named Sweden’s Weathercock of the Year in 2007) gazes out over the countryside and can only agree with her sentiment.