Fredrik Johansson and Frida Viksten both graduated Uppsala – then they moved right back home to Skellefteå.

“That was the plan from the start. We wanted an adventure but we also realized that we might as well start our careers in Skellefteå and live in a family-friendly city,” says Fredrik.

These are exciting times for the Johansson/Viksten family – since their family is growing and their first child is arriving in July, they are currently house hunting. 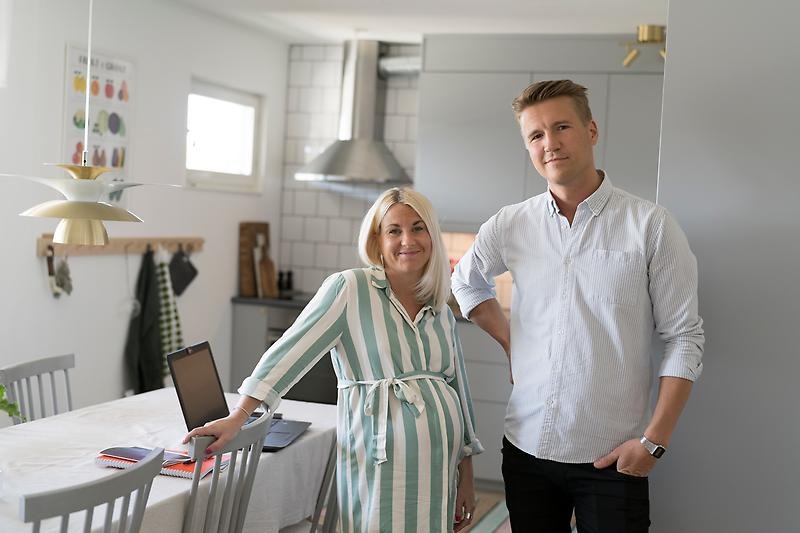 “We are living temporarily on Bladgatan, and it works for us, but what we, like many others, really want is a house. We have seen how the house prices have been steadily rising each year, as there is more people moving in. It makes for a slightly more difficult situation, but at the same time it is a positive trend,” says Fredrik.

He comes from Mjövattnet and grew up in a small village, with all that entails. Now he is looking for that country life but still staying near central Skellefteå.

“That would be optimal, but there’s tough competition. I have childhood friends who moved back to our old village, and they feel that people have faith in the future there too,” he says.

Frida is from Tjärn, just south of Skellefteå, and she has positive memories of village life in the vicinity of the city’s services.

“We could cycle to the city in minutes, but we also had the freedom that a childhood in the countryside entails. Our goal is to find something similar, and be able to cycle everywhere. So, close to schools, sports and friends,” says Frida.

”Friends are moving back”

She studied for five years at the Master’s program in Landscape Architecture at SLU Ultuna in Uppsala and she left with both vocational and academic degrees. When she was hired to do her degree project at the consulting agency WSP while Fredrik found a job with his former employer as HR manager at Bravida, everything felt right.

“A few years ago, I was hesitant to move back to Skellefteå, I had lived in Stockholm, Åre as well as Uppsala, and we probably imagined living in Uppsala or Stockholm for a few years, but when these opportunities opened up we decided to seize them. More and more of our friends have started moving back and there is so much going on in Skellefteå – I thought it would be harder for me to find a job, since there has been less on offer before, but after my degree project, I was offered a permanent position and it has been great,” says Frida. 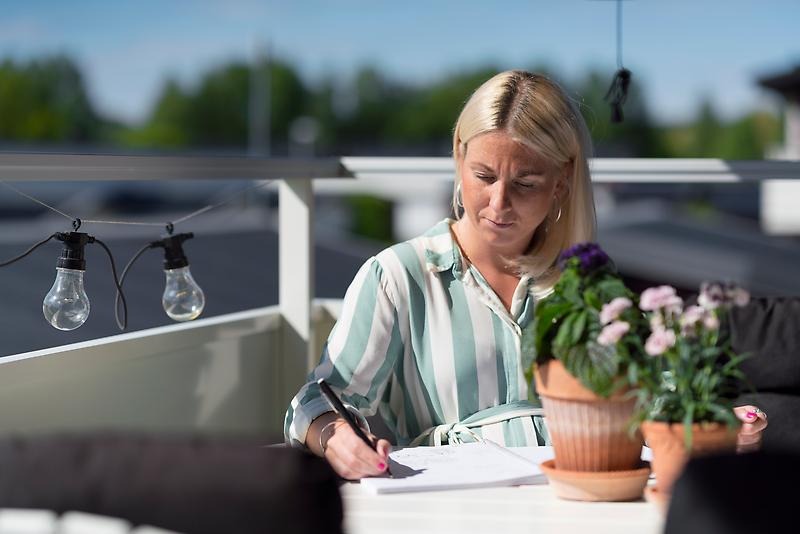 “I was a bit nervous about what the job would be, but when I talk to people I know from Uppsala, my job is just as much fun and I get more responsibility, so it’s not like we have downgraded. I think that’s what a lot of people are concerned about, but I don’t think it happens that way. You still need to fill your role here.

You are growing with the city?

“We are! And I think that’s a plus for many young people; there are development opportunities in a place like Skellefteå, everything isn’t finished already. There is more to do here than most people think and we feel that there is a demand for what people returning home can offer. When I started, WSP had not had an on-site landscape architect in Skellefteå before, but now they have one at their local office, which increases the company’s possibilities,” says Frida. 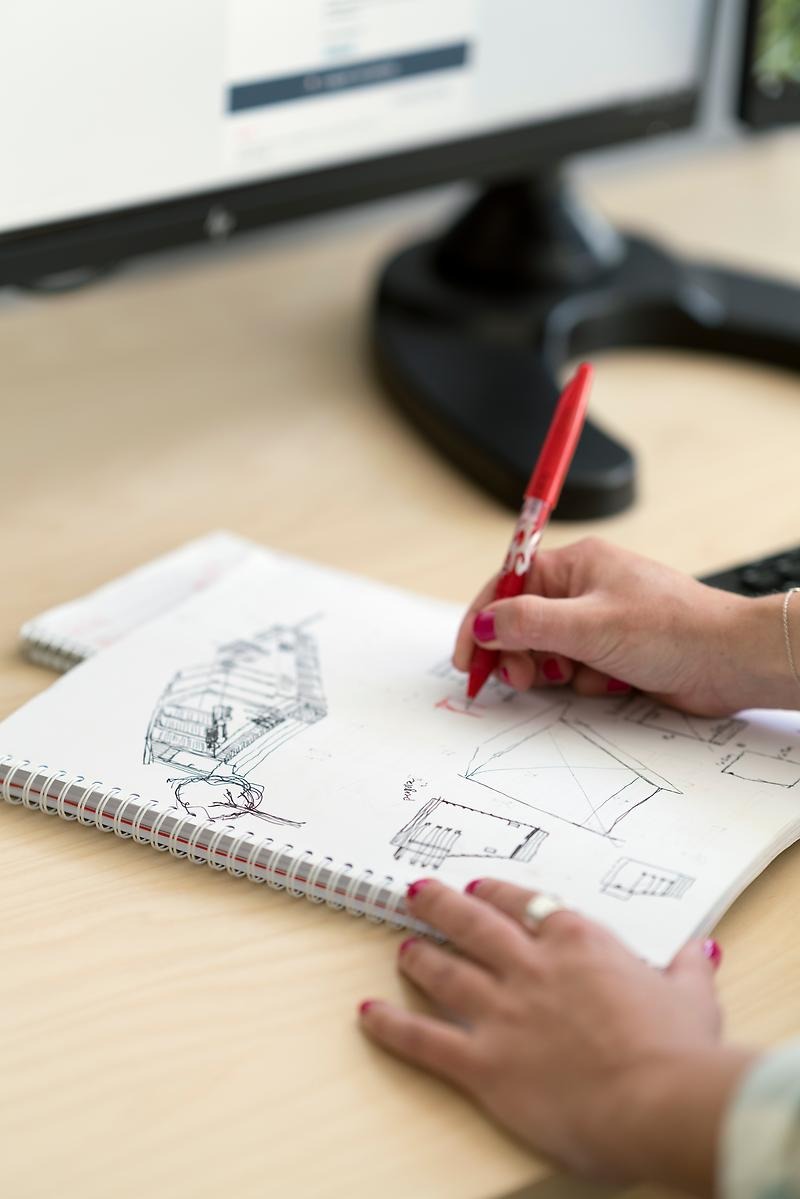 "There is drive and ambition"

Fredrik studied at Uppsala University, first to become a primary school teacher and then changed to human resources to have a chance to work with adult education as he sees it. In the summer before he graduated, he was offered a job at Bravida, and in the winter of 2018, he headed north.

“The feeling of moving back home grew on me. When I was offered the job in the late summer and saw all the construction cranes and all the investments the municipality was making into culture and entertainment, it started feeling really, really good. Without this development, I don’t think we would have moved back home. We feel that Skellefteå is a good city to raise a family in, but also has opportunities to make a career – it’s just as easy to build a career in Skellefteå as it is down south, as there is less competition here than in the major cities,” says Fredrik.

After a year with Bravida, Fredrik changed employers and is now working as an HR specialist for Mandalay Resources at the Björkdal mine. Even if Skellefteå felt like home, he was not as familiar with the areas around the mine, just west of the city. 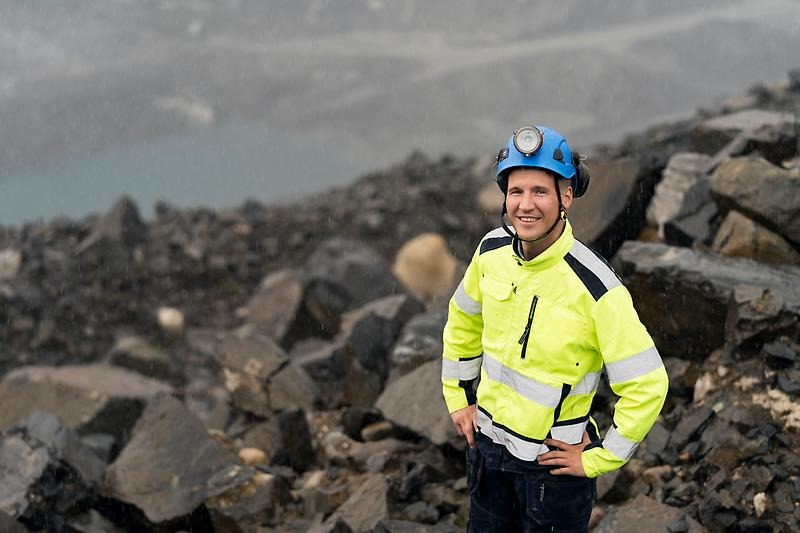 “I never imagined myself working in the mining industry, but now I am so happy and grateful that I took this step. That’s part of the charm – there’s always something happening and now that we are so many, there’s a lot of drive and ambition. I am proud to say that I work in one of the cleanest gold mines in the world.

In July, the couple is expecting a great positive event, they will become a family of three.

“It will be an amazing life change,” says Fredrik.