A bike arena to practice your skills and loops, aimed at both beginners and more experienced cyclists. The bike park in Vitberget has something for everyone!
“The facility means that Skellefteå has a holistic concept with a lower threshold for getting started with mountain biking,” says Stefan Wallgren, the initiator and board member of Skellefteå AIK Cykel, the local cycling club.

Stefan got the idea for the new facility in 2016, when he and his family were on vacation in Trysil in Norway.

“There’s a bike facility there with nice, well-made trails that was fun both for me as an experienced cyclist and for the kids, who haven’t biked as much. We could have fun together, and I realized that the terrain in Trysil was similar to Vitberget’s. I figured we should be able to set up a similar facility here in Skellefteå,” says Stefan. 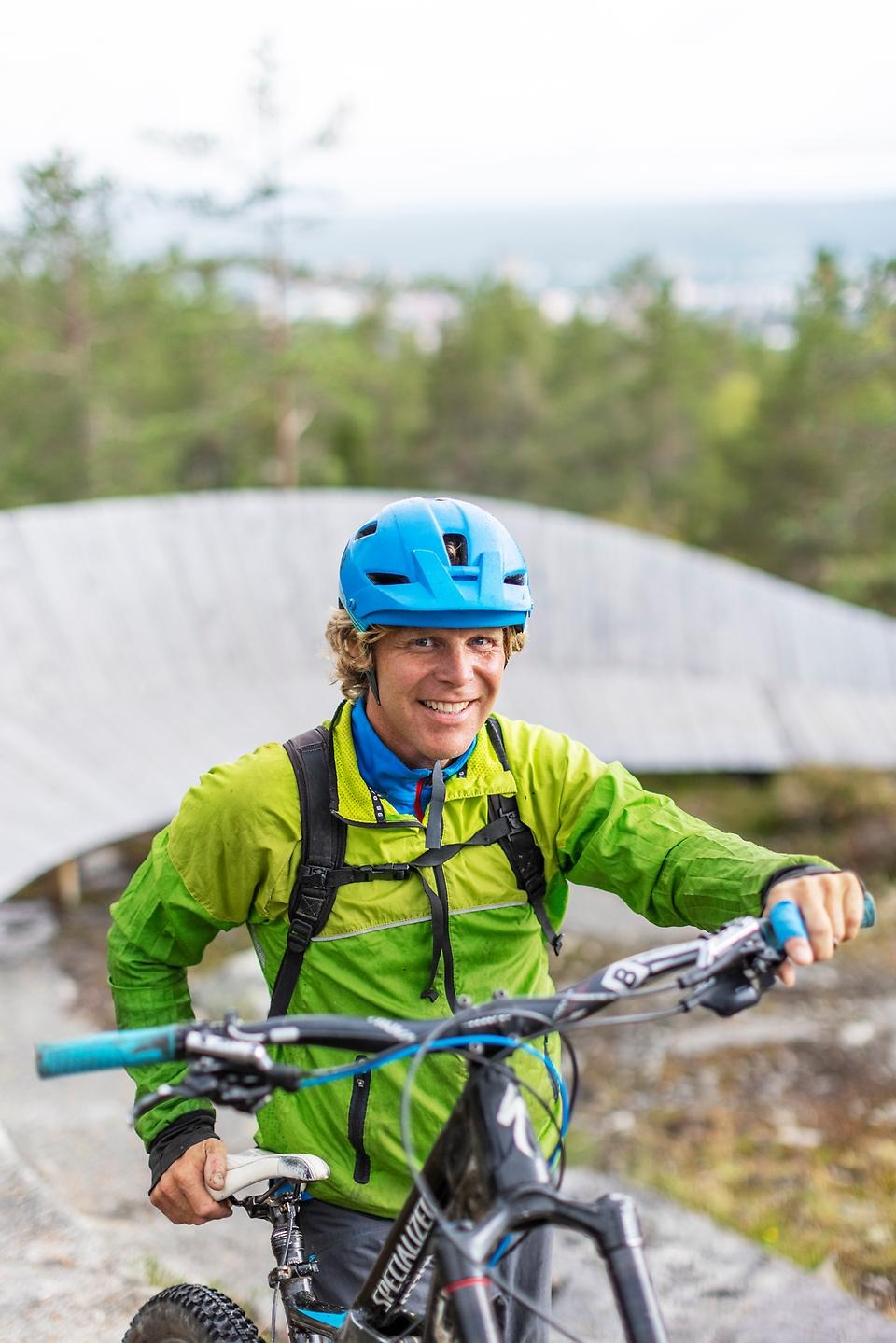 When he came home from Trysil, he told the development team of Skellefteå AIK Cykel about his plans and they set up a meeting with the municipality to present the idea.

“I superimposed Trysil’s trail map on a map of Vitberget and showed them what a facility could look like here. The municipality loved the idea and eventually we were granted SEK 1.5 million in funding for the project,” says Stefan.

The total cost of the facility landed at SEK 7.5 million and Skellefteå AIK Cykel also applied for, and received grants from the State Inheritance Fund, SISU Sport Educators and the Swedish Sports Confederation. “In the end, we only had to use a small splash of cash from our own coffers,” says Stefan.

“A fantastic environment for cycling”

The cycling arena is located at the old football field up on Vitberget and consists of a large pump track, dirt track, three fine MTB loops of varying difficulty and a so-called “skills loop” where cyclists can practice their skills.

“You can practice jumps, balance, and various kinds of tricks. There are simple obstacles to start with and then the difficulty level increases,” says Stefan.

Three trail loops with varying difficulty levels also start from the arena. The green one has small bumps and curves. “It’s mainly aimed at children and families. You should be able to cycle there with any bike,” says Stefan.

North of the arena there is a blue loop.
“It has a higher difficulty level, with a little more speed and some wooden decking to balance on,” says Stefan.

A red loop extends all the way up to Vitberg’s craggy summit.
“It has even more exciting sections and is aimed at more experienced cyclists who are looking for a bigger challenge. The trails are very nice, with fantastic views and a fantastic environment for cycling,” says Stefan.

The facility on Vitberget was built mostly by former cyclists who have built tracks in Lofsdalen and Falun, among other places. “Vitberget is a fantastic area close to the city that we want to use but not overexploit, and anything we build there also has to fit in. The new trails look like winding paths. They’re about one meter wide and only a few trees have been felled. We mostly just cleared the ground of brush,” says Stefan. 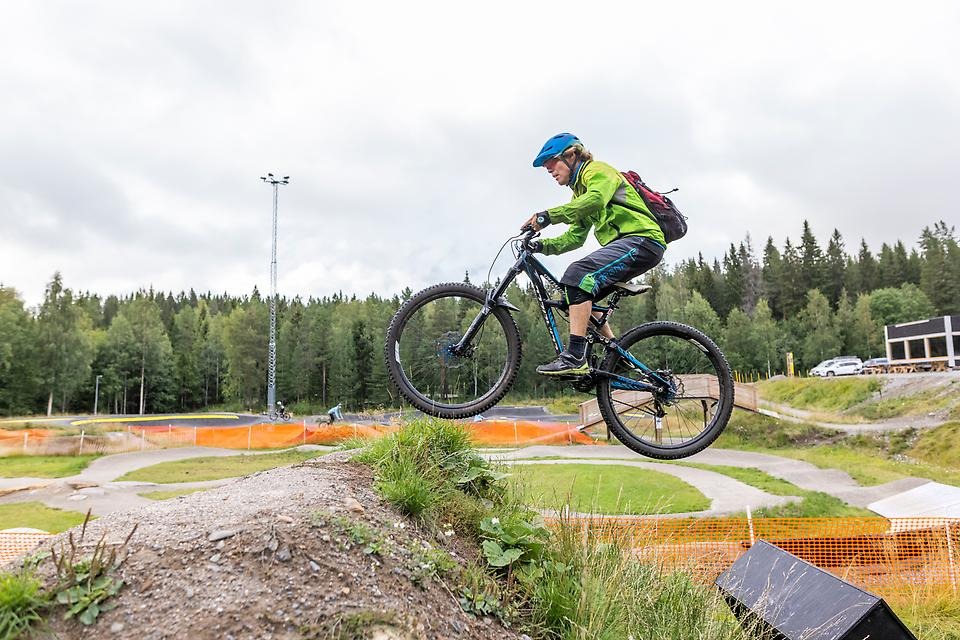 He notes that more and more people have become interested in mountain biking in recent years, and the hope is that the new facility will become a hub for enthusiasts in Skellefteå.

“10–15 years ago there were not many trails and mountain biking could be quite a lonely pastime. Now there are a lot of good trails and paths around Skellefteå, and you meet a lot of people when you’re out on your bike,” says Stefan. He continues:
“That said, not many people in Skellefteå are part of an association, but we expect that the facility will help get more people to join us and that our youth activities will grow significantly. It won’t cost anything to use the facility, but it needs to be maintained and we hope that lots of folks will want to be involved in supporting us with that work.”