During spring cleaning, many people take stock of which household gadgets they no longer need. Now summer is just around the corner, and with it comes a bonanza for all the bargain hunters in the market for second-hand goods. Flea market pro Marie-Therese Edman guides us around the wide range of markets and offers tips on how and where the best deals can be made.

Marie-Therese Edman inherited her love and interest in secondhand goods from her father Torbjörn and mother Ingrid. She grew up on a Västerbotten farm in Varuträsk, and the house was full of finds from flea markets and auctions. Now she lives in Falmarksheden – in a house that has undergone virtually every era of interior design – and she runs the vintage store Hajbo Retro, which focuses on clothes, fabrics, porcelain and ceramics.
“It’s extremely seldom that I buy something new. If I walk past a store and see a knick-knack that I want, I play it cool and bide my time. Because if I wait two months, it’ll be out on the secondhand market at a third of the price,” says Marie-Therese. 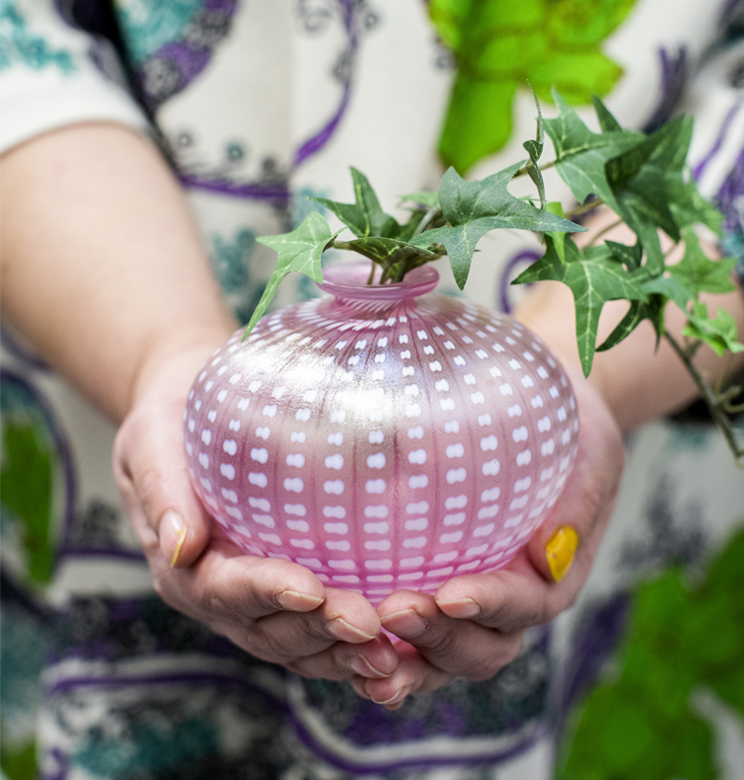 In 2018, the recycled garment was named “Christmas Gift of the Year” in Sweden. Since then, Marie-Therese has noticed that people buy now approach buying clothes at flea markets and in secondhand stores in a completely different way.

“We’re seeing a dramatic increase in customers looking for garments to create a more personal wardrobe,” she says, and continues:

“Children’s clothes from famous brands are also sought after, as are porcelain from Gustavsberg, Stig Lindberg and Marianne Westman, for example. Legos, Duplo blocks and Minecraft toys also sell well, and teak furniture such as string shelves and smaller tables and armchairs remain popular.” 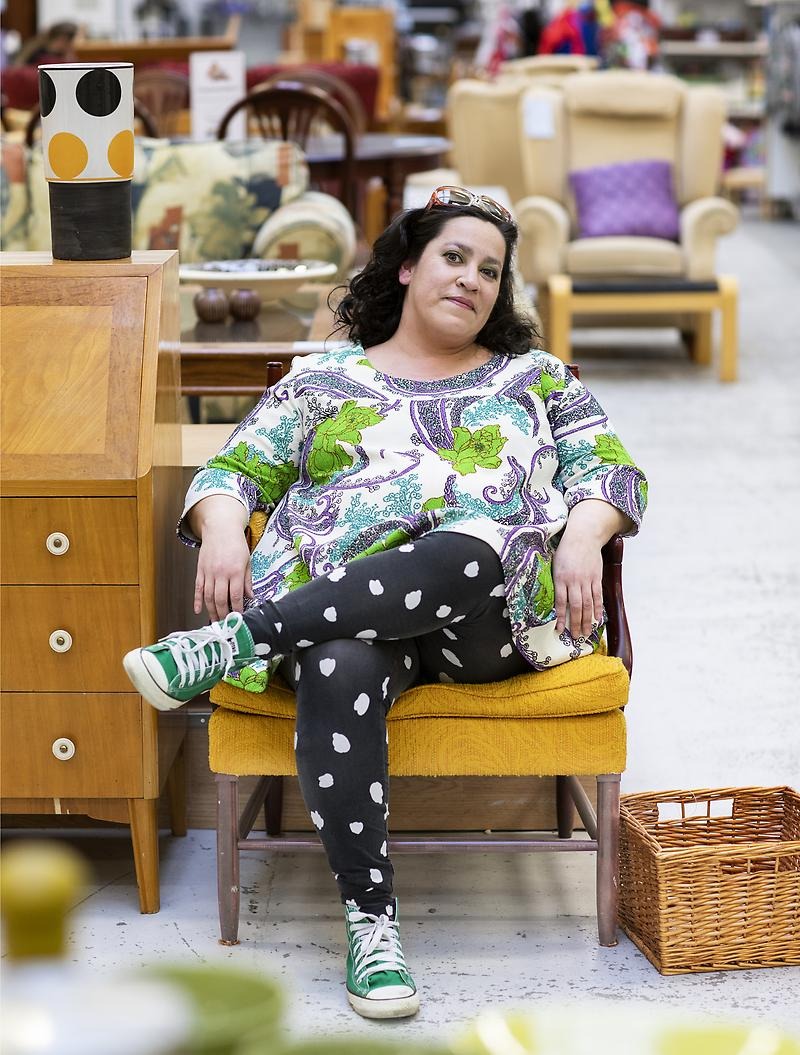 What are the hardest things to get rid of?

“Damaged and stained clothing. It may sound obvious, but not everyone seems to understand that. Undergarments, cheap quality make-up and all these little porcelain bits and bobs are also left on the tables. Retro plastic still sells but skip the ten extra plastic spatulas you’ve bought over the years. Many Ikea products can go fast, but otherwise boring mass-produced things are uninteresting at the flea markets. In general, stuff that’s in poor condition isn’t worth carting in.”

The early bird gets the worm

For anyone who wants to find a bargain, it’s important to hit the markets early.

“Some flea market organizers are adamant that no sale can take place before opening, and I think that seems fair. At the same time, there are other organizers who are not in a position to control that. In those cases, it’s up to the sellers to decide how they want to do things, which means that the best bargains may be gone before the flea market has even opened,” says Marie-Therese. She notes that the more flea markets you go to, the easier it will be to spot a treasure from the distance. 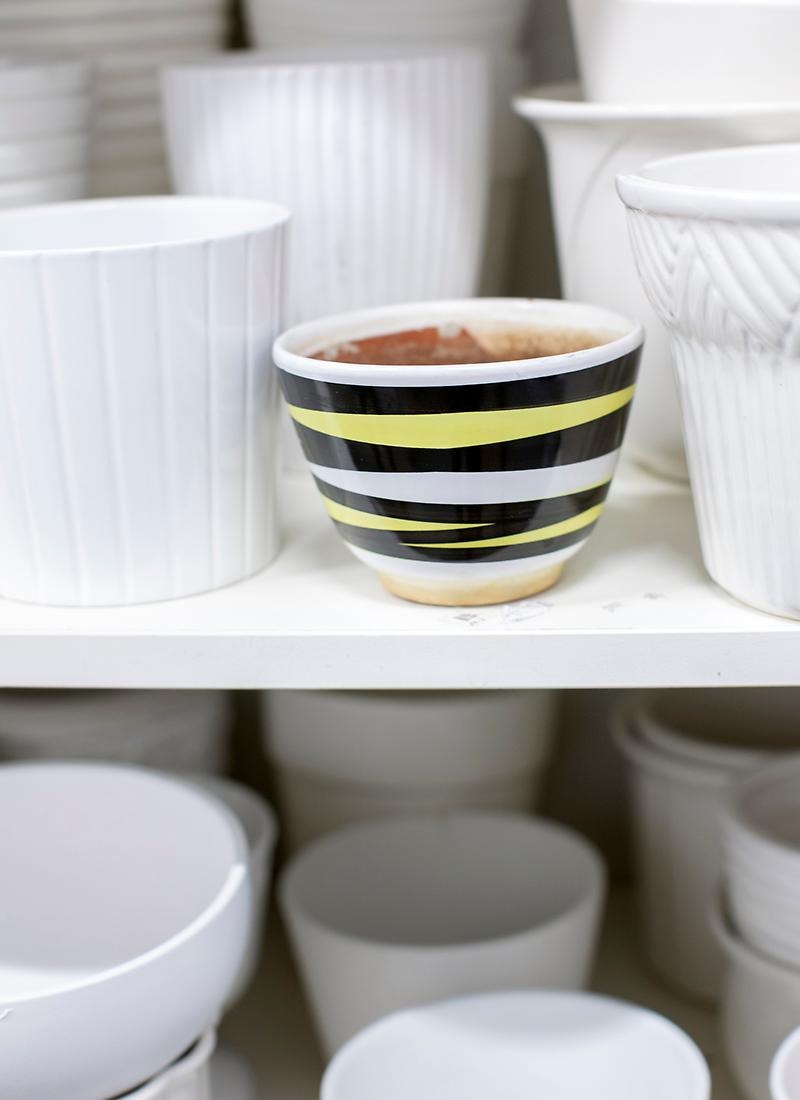 “But don’t walk up to a table where 20 people are already crowded around, because that often just attracts more ‘zombies.’ By the time you get there, they’ll have already snatched up all the bargains. Instead, go back to the flea market later and see if there’s anything left that you’re looking for.”
Marie-Therese says that it’s acceptable dig around in boxes, but urges common sense.

“Wait until the flea market has opened and the seller has had time to set up in peace and quiet. And always ask if it’s okay. It creates a nicer atmosphere than if you throw yourself into a box and start yanking things out,” says Marie-Therese.
She notes that there are some clear categories of flea market buyers.

“We have parents who buy children’s clothes. They realize that they can get an entire wardrobe for SEK 500, which is what three new garments can cost in the shops. This category also buys everything from breast pumps to toys and strollers. The collectors are only looking for specific items and if they find the right thing, the price doesn’t matter that much.
The hobbyists buy items that can be resold at auction, on buy-and-sell sites, or at other flea markets. And then you have people who visit flea markets as an excursion. They take their family or friends with them and look for things for their summer cottage or their man cave. 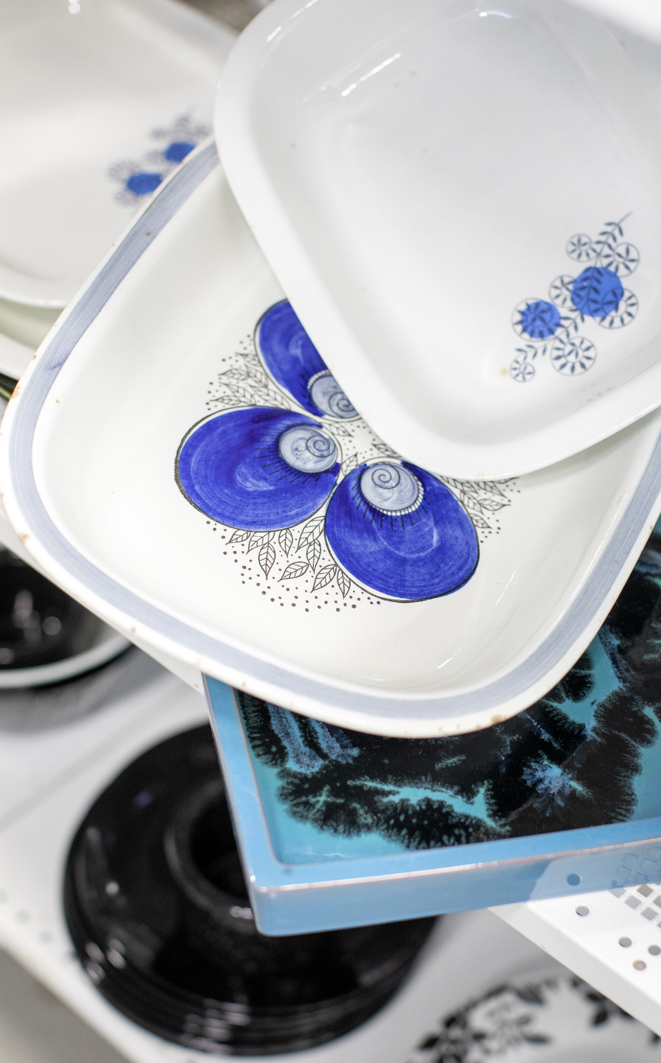 Skellefteå has lots of different types of secondhand markets - tailgate, village and neighborhood flea markets, garage sales, and other niche markets aimed at horse, plant or motor vehicle enthusiasts. And both in the central parts of Skellefteå and in the countryside there’s strong tradition of clothing swaps.”

“Another type of flea market that became more common last summer was the unmanned flea market. The seller arranges it in an unmanned room that is open 24/7 and where the buyers use the Swish payment app to send their payments to a number specified by the seller. The seller then continuously fills the flea market with new items.
The free flea market is exactly what it sounds like.”

“People who can’t be bothered to sell or dispose of their items offer people the opportunity to come by and pick up what they’re offering. This way stuff in which they no longer see any value can be reused by someone else and that’s great from an environmental point of view. Today, everyone is aware of the climate issue and that’s made it trendy to buy secondhand,” says Marie-Therese.

External link. (“Flea Markets & Auctions in Skellefteå and the Surrounding Area”) for more flea markets and for info about the ones being held.