Going out on mirror-clear natural ice on a beautiful winter's day is an amazing natural experience. With over 1500 lakes and a long coastline, Skellefteå offers excellent opportunities to experience the freedom, rhythm and special closeness to nature that only cross-country skating can provide.

Sparkling natural ice is a fresh commodity that is there one day but can disappear in the next day's snowfall, or simply drift out to sea. Finding good ice is a prerequisite for skiing and a satisfaction in itself - like finding that one-day-only gem.

When and where you can skate

The skating season starts as early as October-November when the ice settles on small forest ponds. In some years, the lakes offer several weeks of skating, but usually the first snowfall arrives, which means you'll have to head to the sea ice on the coast for skating instead.

As a rule, you can start skating in the more sheltered sea fjords of Kågefjärden, Innerviksfjärden and Ytterviksfjärden before Christmas and New Year. From January onwards, there are new ice rinks outside the fjords. There are also opportunities for ice skating in spring, when the spring sun melts a thin layer of snow and after a cold night large areas can be skated again.

However, underneath mirror-clear natural ice there is always cold water. To avoid a pleasant skating trip turning into a life-threatening fall into an ice pocket, safety must always come first.

Necessary knowledge can be acquired from books and organised courses. As a beginner on natural ice, you should always make your first trips with an experienced skater.

An association that knows this with cross-country skating and has knowledge in the association is Friluftsfrämjandet Frostkåge.

The equipment you need 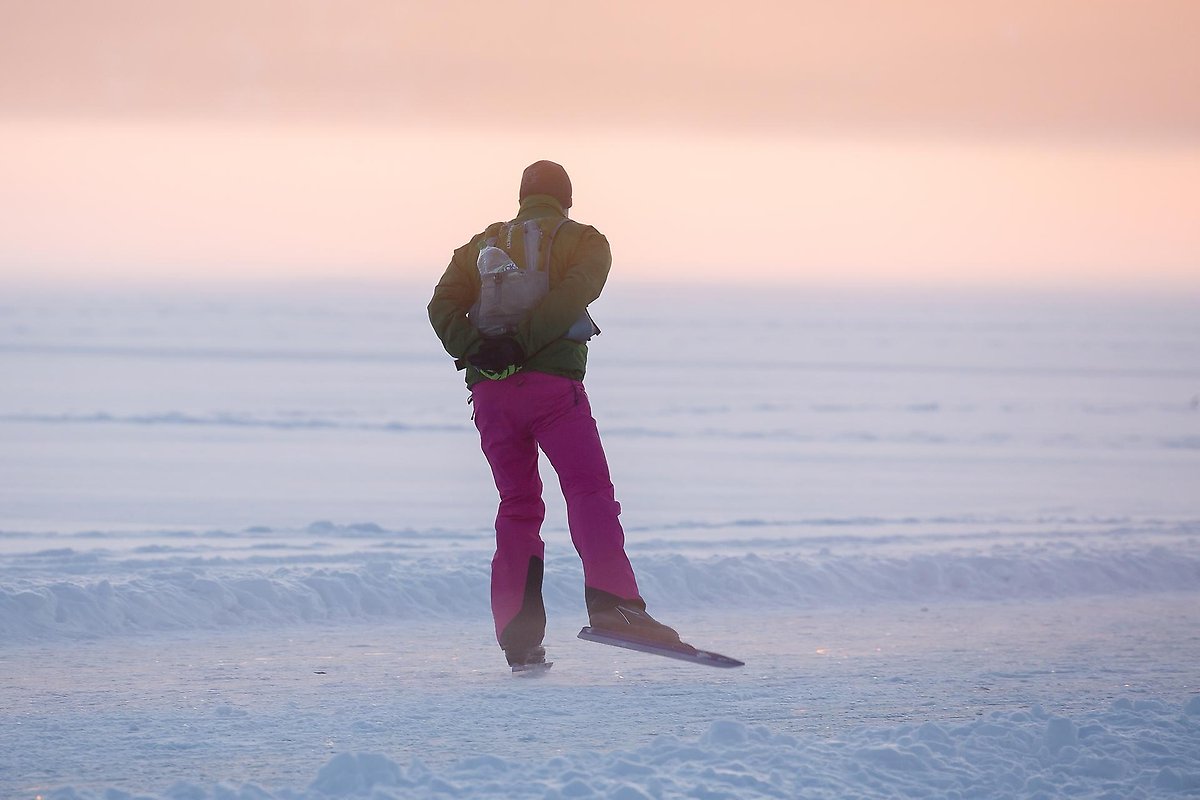